Esi Sutherland-Addy is a professor at the Institute of African Studies working in the Language Literature and Drama Section.  She has served on several boards, committees and commissions both in the University, nationally and internationally and is currently Chairperson of the National Inspectorate Board and Afram Publications Ghana Ltd. She served in two ministerial positions as Deputy Minister for Culture and Tourism and Higher Education (1986 & 1986-1993) respectively. 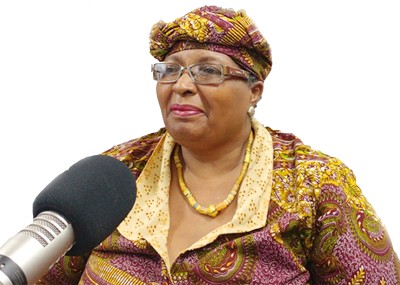 Her research interests are in written and oral literature, gender, performing arts as well as education and cultural policy. She has written/edited over 50 books and articles including: Women Writing Africa, West Africa and the Sahel (Esi Sutherland-Addy and Aminata Diaw Eds.) Efua Sutherland: Pan African Cultural Activist (Anne Adams and Esi Sutherland-Addy Eds.) and Ghana Where the Bead Speaks, (Esi Sutherland-Addy, Ama Ata Aidoo and Kati Torda). She has also undertaken studies particularly in the field of education for a wide range of countries and organisations including Ghana, Namibia, Nigeria, South Africa as well as UNESCO, UNICEF, The World Bank and the Association for the Development of Education in Africa.

She is currently lead researcher in the project "Shall I tell You or Shall I Not Tell You”- A Survey of Ghanaian Tales and Storytelling Traditions, which is aimed at establishing a story-telling archive at the Institute of African Studies University of Ghana. She is also undertaking an archival study and review of the unpublished works of the scholar, writer and cultural activist, Efua Sutherland.

Esi Sutherland-Addy has received several awards including Hon. Fellowship of the College of Preceptors, U.K. (1998), Group Award by the Rockefeller Foundation (2001&2002) for the Women Writing Africa Project, an Honorary Dr. of Letters (Winneba), (2004) and the Excellence in Distance Education Award from the Commonwealth of Learning (2008).

Her work in civil society cuts across the arts, children, girl's education, the development of urban child-friendly spaces, civil society management and capacity building. She is currently Secretary to Mmofra Foundation, Chairperson of the Forum for African Women Educationalists Ghana Chapter, Judge for the 2013 Golden Baobab Prize (by African writers for children) and Convener of the Ghana Culture Forum.

Professor Sutherland-Addy will deliver her keynote talk "Sankofa: Exploring memory as the life force of the future" on Monday, October 1st, 09:15 - 10:00 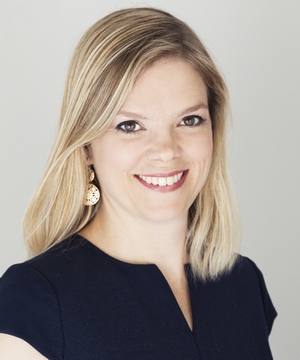 Kara is a Partner and Senior Consultant at AVP (weareavp.com), where she leads projects related to digital preservation, digital asset management, and metadata management. Some of her current and past clients include the JFK Presidential Library, the Canadian Centre for Architecture, New York Public Radio, the Smithsonian Institution, Paramount Pictures, the Museum of Modern Art, and the Flemish Institute for Archiving (VIAA).

Kara is a graduate of New York University's Moving Image Archiving and Preservation M.A. Program (2006), where she has also served as adjunct professor. Kara is co-founder and organizer of the Association of Moving Image Archivists (AMIA) Hack Day, co-chair of the AMIA Open Source Committee, member of the PREMIS Editorial Committee, and member of the PASIG Steering Committee. She has been a curriculum developer and instructor for ICCROM's SOIMA programme since 2007, and has taught at courses to date (Brazil 2007, India 2009, Lithuania / Latvia 2011, Kenya 2013, Mexico 2014, Brussels 2015, and Ghana 2017). She has also been a member of the teaching team for the Netherlands Institute for Sound and Vision's Winter School for Audiovisual Archiving since 2016.

Alongside NYU professor Mona Jimenez (retired), Kara has been visiting Ghana since 2008 to support the local audiovisual archive community. Since 2012, Mona and Kara have been working with the J.H. Kwabena Nketia Archives at the Institute of African Studies, University of Ghana, helping develop and grow their digitization and digital preservation programme.

Kara will deliver the keynote talk "Designing sustainable cooperative projects for impact" on Thursday, October 4th, during the Closing Session.